2015 IS MAJOR MILESTONE FOR ASSOCIATION

PJVA is proud to report its 30th year as one of the premier associations in the oil and gas industry. For the past 30 years PJVA has achieved many innovations and has supported its membership with class and dignity. Over the next few months, the association will commemorate this historic occasion at many of the upcoming events.

In September of 1985 the association took flight when founding members:

Took the time to gather together and form the PJVA. The association had instant success on many levels. One of the first tasks taken on by the new group was standardizing the many service and ownership agreements in use at the time. These model agreements form one of the main foundations of what PJVA still stands for today.

Education was another driver for the early group and continues to drive the association today. PJVA has offered since 2005, continuing education certificate programs at Mount Royal University for Joint Venture Administrators and Analysts. In addition, JV e-Studies is also offered for those who do not require continuing education but still want to know how joint venture works in Western Canada.

The PJVA Board of Directors look at ways to continuously improve and enhance todays PJVA education portfolio. Some of those enhancements include diversifying to SAIT and a degree program for a Joint Venture Representative among other ideas currently in the research stage. There are several industry seminars available to both members and non-members. PJVA also offers many networking opportunities for its membership throughout the year.

The New War on Talent

In recent years, there have been a number of rule changes that have redefined what contractors are into a number of separate groups. Our presentation will address these changes and how they affect independent contractors and companies who work with them. This will provide insight as to the risks and liabilities to both employers and contractors. We will also discuss what strategies can be used by progressive organizations and contractors.

If you are a contractor or considering becoming an independent contractor as a result of recent retirement or due to this economic environment, this session will be beneficial to you. Come with your questions.

The presenter is CEO Aly Bandali, CHRP. Aly has almost 20 years of executive management experience in the field of human resources. He has worked as an HR strategist in a variety of sectors, including oil and gas, energy, engineering, aviation, municipal government, private enterprise and not-for-profit. Aly has been chairman of the Canadian Council of HR Associations, HR Institute of Alberta and HR Association of Calgary. He has also served on the HR Committee of the Chamber of Commerce and the Executive Education Committee at the University of Alberta.

Last week to signup for the Joint Conference! 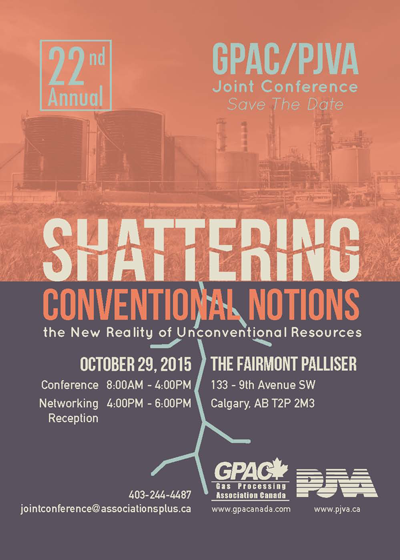 Kick off 2016 by building on your network! 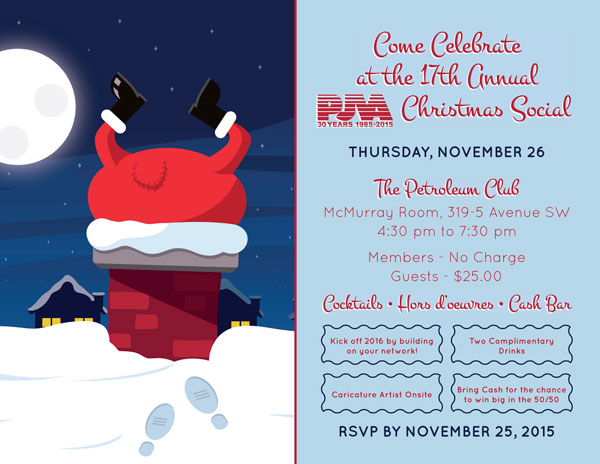 If you have not already done so, it’s that time of the year that your company is reviewing its budget for 2016 (should be a good one!) and allocating funds to each asset team within the organization. From there, the asset team will work with the allocated amount it receives to establish capital and operating spending required for the asset. This is the time we need to work with our partners to seek their approval for the 2016 plans and approve the forecasted work.

Forecast or budgets are an estimate of future expenditures for a set period of time. They can include revenue and expenses, but most often they support forward looking project-based expenditures for your plant or facility. In our industry, either forecasts or budgets are typically required under a governing agreement. This is true irrespective of the model formed used (e.g. CAPL, PJVA, AIPN). These budgets or forecasts are put together in the fall for the next year thereby providing enough time and detail to partners so that they too can plan and budget.

Examining the scope of future projects is a planning process that identifies: priority areas of spending, wasteful expenditures and tighter financial controls. This process will help you achieve set goals for your company and your partners. This process also helps build knowledge in your area of operations and make balanced decisions involving development and planning.

Here is the language we often read in many PJVA contracts:

(b) Each Forecast shall include a detailed and specific description of expenditures therein, identifying Operating Costs and Capital Costs separately, and providing an estimate of Owner's Substances and Outside Substances to be handled by the Facility. Any single Operating Cost in excess of the single expenditure limit set forth in the Accounting Procedure for which the Operator requests approval through approval of the Forecast should be clearly and separately identified. Each Forecast shall also provide for comparison, a summary of the Forecast and a projection of expected final expenditures for the current Year.

You already know that a contract is an exchange of promises to do (or refrain from doing) a certain thing. Put another way, a contract is a binding agreement between two or more persons which gives rise to obligations that may be enforced by the courts. So, why does our industry seemingly bypass the contractual requirement to send forecasts or budgets? In pondering this question, we had four thoughts for the membership:

PJVA held its first kick-off pub night of the new year on September 24th at State & Main Restaurant & Bar.  We had a great turnout of over 20+ PJVA members attend to mix and mingle amongst their peers.  Please note that we will be having a Halloween theme pub night next month on October so stay tuned for the date/venue.

Don’t be caught out of the loop – Renew your membership before you are dropped from the email list and the online directory!