As we welcome in March we say hello to our old friend, Daylight Saving Time (DST). Since the future of DST in Alberta may be at risk with the impending introduction of a private member’s bill to abolish it, I thought you might be interested in a few historical facts and trivia about DST.

Benjamin Franklin is credited with being the first to formally propose a type of daylight time in a 1784 essay that he wrote titled An Economical Project for Diminishing the Cost of Light. The essay, written in jest, was meant to be a joke to the editor of The Journal of Paris, suggesting that Parisians could save on the cost of candles if they got out of bed earlier in the morning during the spring and summer months.

At the time, this was not taken seriously by the French or the Americans. Centuries later, DST would be implemented for, among other things, energy reduction/conservation.

The real concept of what we now know as daylight saving time in the United States came in World War I when it was signed into law on March 19, 1918 by U.S. President Woodrow Wilson. The Standard Time Act established time zones and Daylight Saving Time.


In the United States, Hawaii and most of Arizona do not follow DST. Also, the US territories of Guam, Puerto Rico, Virgin Islands and American Samoa do not observe DST.

In Canada, all provinces observe DST with the exception of most of Saskatchewan, which observes Central Standard Time year-round even though it is in the Mountain Zone, effectively putting it on DST year round.

About 70 countries around the world observe DST. Many countries near the equator do not adjust their clocks for daylight saving since the sun rises and sets at approximately the same time year round.

Neither China nor Japan observe DST.

Some countries refer to Daylight Saving Time as Summer Time.

Please join us on March 29 to listen to the founder and spokesperson for Canada Action Coalition, Cody Battershill.

Cody Battershill is a Calgary Realtor who has been called a one-man oil and gas advocate by the National Post. Tired of the misinformation and vitriol directed at Canada’s resource industries, Battershill founded the Canada Action Coalition in 2010. Since that time, the organization has become one of the leading resource advocacy groups in the country, with online and offline reach in the millions and plenty of earned media attention from coast to coast.

March and May Lunches

New speaker confirmed for March 22 luncheon, Jamie Fisher, Director of Energy Exports at AltaGas Ltd. with a presentation on the AltaGas Ridley Island Propane Export Terminal, a project that will get Alberta and BC’s natural gas to new markets. 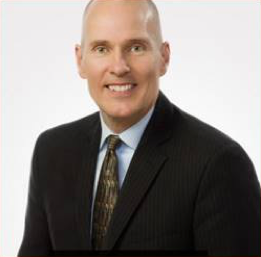 Jamie Fisher is the Director Energy Exports at AltaGas Ltd., and is currently working as a part of the project team developing the Ridley Island Propane Export Terminal. His responsibilities for the project include making the arrangements for supply, rail transportation, offtake, and licencing necessary to export LPG from Canada to Asia. Jamie has extensive experience in the development of wholesale and retail markets for natural gas and NGLs, and has structured a broad range of long-term marketing, sale, and asset management transactions at locations across Canada. Companies he has held commercial roles with include Duke Energy, TransCanada Pipelines, and Merrill Lynch.

Jamie started in the energy industry as an engineer, and has a strong background in mechanical engineering, gas processing, and plant construction. He has a B.Sc. from the University of Calgary, and an MBA from the University of Western Ontario. Jamie currently lives in Calgary with his wife and two teenage daughters. 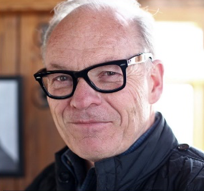 Just confirmed for our May 24 Luncheon, a presentation by Ian MacGregor, Chairman of Enhance Energy Inc. and Chairman and CEO of NW Refinery Inc. on the Alberta Carbon Trunk Line. The Alberta Carbon Trunk Line (ACTL) will be the first large-scale CO2 Enhanced Oil Recovery (EOR) and storage project in Alberta, utilizing Alberta's expertise to create new jobs while decreasing Canada's carbon footprint. ACTL will be capable of gathering CO2 from several sources in the Alberta's Industrial Heartland and transporting the CO2 to existing mature oil fields throughout South-Central Alberta.

The PJVA is collaborating with The Petroleum Accountants Society of Canada and the Institute of Internal Auditors to bring together Financial, Operations and Commercial in the same room for discussion on New Carbon Tax strategies, exemptions, rebates and credits with PWC’s team of Tax Specialists.

CEAMS Winds Down; Turning Full Control
of EAM Over to SAIT’s MacPhail School of Energy

After much analysis, discussion and due consideration of the options, the Membership and Board of Directors of CEAMS concluded it is time to dissolve the Centre for Energy Asset Management Studies.

When CEAMS launched in September 2005, as a limited life-span non-profit, its primary objective was to partner with a highly-regarded Education Institute in the conception, design, development and delivery of an energy education diploma that would deliver uniquely trained employees to the energy industry. The inaugural class kicked off in the fall of 2009 and between 2011 and spring of 2017 will have graduated over 225 Energy Asset Management Diploma Graduates.

In addition, we have partnered with SAIT to continuously improve the program and through the CEAMS Student Awards Program, the David J Rudd Memorial Award and the Energy Dragons Prize sponsorships; from 2012 – 2017, CEAMS will have returned to the students a total of $263,500.

As always there are many organisations, companies and individuals we would like to thank for their vision, advocacy and support of Energy Asset Management:

CEAMS would like to personally recognize as many of our volunteers as can attend the Recognition Reception on April 3. If you were a volunteer on this project, please contact Roger Rowley at info@ceams.org to ensure you are on our invitation list.

Our heartfelt thanks to all of you who supported Energy Asset Management!

Planning for the 2017 GPAC/PJVA Joint Conference is well underway. The conference will be held on Tuesday, November 14 at the Calgary Petroleum Club. The conference theme this year is, Resilience through Diversification. The conference will have speakers from a variety technical, business, and regulatory backgrounds to explain how the oil and gas industry has adapted and expanded its practices, products, and markets to persevere through turbulent economic times.

In addition to the full-day conference, two half-day sessions will be offered on November 15 at no extra cost to anyone who purchases a conference pass. For those interested in the half-day sessions only, tickets may be purchased for one or both of the events. The half-day sessions are workshops that allow attendees to participate in open discussions and listen to industry speakers. One session will be dedicated to current joint venture topics, and the other will focus on technical advancements in the petroleum world.

Sponsorship packages, corporate tables, and exhibitor booths will again be offered this year. Details on these offerings, ticket prices, and the agenda will all be posted on the conference web site in the weeks to come.

We encourage all of our members to block their calendars on November 14 to attend what will be another great day of presentations and networking at conference!

The Alberta and BC Carbon Levies were compared. There was an excellent discussion of Internal Audit suggestions for best practices and controls to implement.

Some meaningful questions to analyze people, processes and systems were identified with suggestions on how internal audit can test and make recommendations on reporting. The discussion wrapped up with suggestions of government incentive programs that companies can access to lighten the carbon levy burden. The PowerPoint presentation is available here.